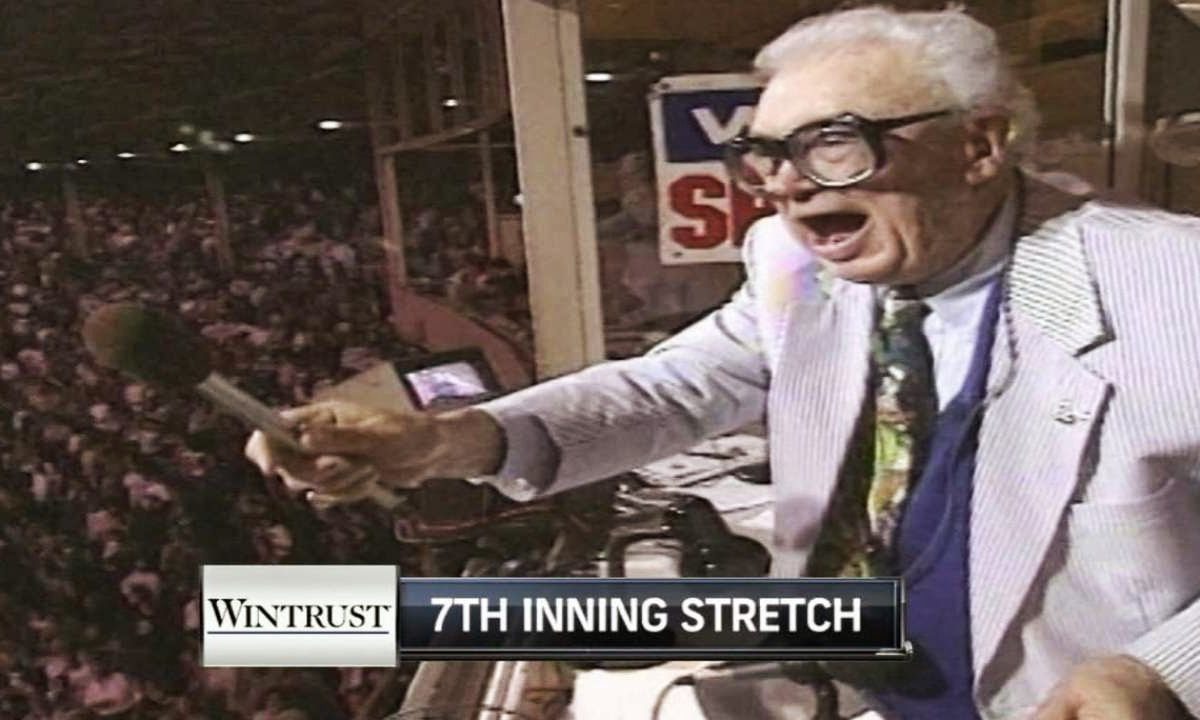 You might be surprised to learn that this staple of Major League Baseball games is actually something of a modern practice, first starting as a regular part of the seventh inning stretch with the White Sox in the late 1970s, thanks to Hall of Fame broadcaster Harry Caray.

Before then, the song had occasionally been sung by fans at various baseball games, but never as a regular thing nor at any designated time.

Harry Caray started singing the song off mic during the seventh inning stretch in 1971, with fans within earshot of his booth occasionally joining in.

There are conflicting accounts as to how this transitioned to a White Sox tradition. In one account, after Caray refused to sing over the stadium PA system, the team’s owner, Bill Veeck, tricked Caray by switching on Caray’s microphone while he was singing.

Whatever the case, in 1976, Caray officially started singing the song over the stadium PA system and it became a local tradition.

When Caray switched to calling games for the Cubs in 1982, he brought this tradition with him. Since WGN broadcasted the Cubs games nationally, Caray’s seventh-inning tradition found its way back into America’s ballparks, nationwide.

Despite the fact that singing Take Me Out to the Ballgame during the seventh inning stretch is a modern practice, the song itself has been around since 1908. It was written by songwriter, Jack Norworth and was only one of over 2,500 songs he wrote, including a couple dozen that sold more than a million copies each. The music was composed by Albert Von Tilzer. — Funny enough, neither Norworth or Tilzer had never actually been to a professional baseball game when they created the song!

Here are the complete original lyrics:

Katie Casey was baseball mad,
Had the fever and had it bad;
Just to root for the hometown crew,
Ev’ry sou — Katie blew.

On a Saturday, her young beau
Called to see if she’d like to go,
To see a show — but Miss Kate said “No,
I’ll tell you what you can do:”

(Chorus)
Take me out to the ball game,
Take me out with the crowd.
Buy me some peanuts and Cracker Jack,
I don’t care if I never get back,
Let me root, root, root for the home team,
If they don’t win it’s a shame.
For it’s one, two, three strikes you’re out,
At the old ball game.”

Katie Casey saw all the games,
Knew the players by their first names;
Told the umpire he was wrong,
All along — Good and strong.

When the score was just two to two,
Katie Casey knew what to do,
Just to cheer up the boys she knew,
She made the gang sing this song:

« The Naked Truth About Absolut Vodka
Collaboration Has Begun »