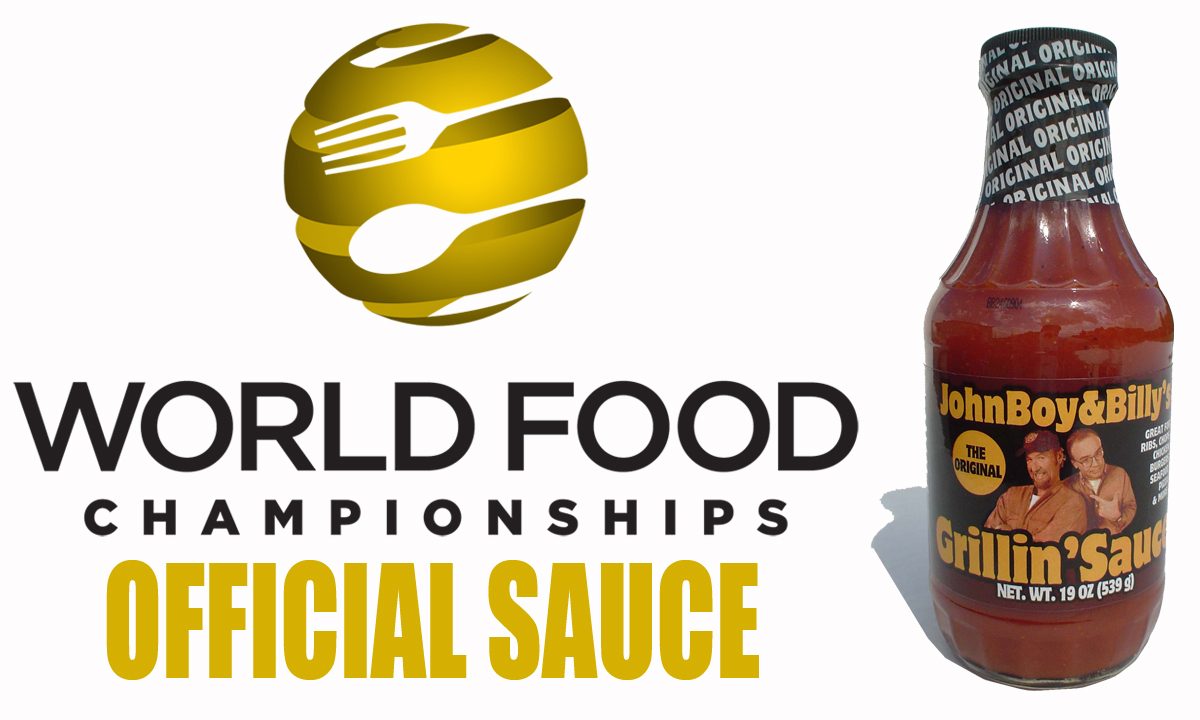 World Food Championships CEO, Mike McCloud, along with Carl Lewis (aka: “Carl the Cook”) of Big Show Foods, joined us on Wednesday’s show to announce that John Boy & Billy’s Grillin’ Sauce has been named the official BBQ Sauce for the WFC.

Details on how the sauce will be featured in the 7th Annual “Ultimate Food Fight” will be provided to competitors, later this summer.

“We’ve already got a few ‘out there’ ideas rolling around on this one,” commented McCloud. “But one thing’s for sure, it’s going to be fun, fun, fun!”

Our own Carl the Cook has agreed to be a celebrity judge at this year’s World Food Championships Food Sport event, and the WFC will provide the Big Show with access to the WFC Champions and competitors, who are so passionate about cooking.

John Boy said; “I hear these folks are as nuts about cooking as race fans are about NASCAR!”

If you missed the announcement on Weds show, here’s a link to the segment, and the show wrap up.

The World Food Championships hosts the largest competition in Food Sport, where grand champions of previous events convene for a chance at winning the ultimate food crown and a share of hundreds of thousands of dollars in prize money.

Since its debut in 2012, WFC has given birth to 30 TV food stars, awarded more than $1.5 million in prize money, garnered more than 5.7 billion media impressions, and connected 150+ food brands with food fans, food bloggers, and food media.

To learn more about the World Food Championships, check them out at: https://worldfoodchampionships.com/.